Protecting Fish In The Skagit River

The Skagit River Project Fisheries Program is part of the project license issued by the Federal Energy Regulatory Commission in 1995. It has four major components: managing flows downstream of the dams; acquiring, protecting, and enhancing important fish habitat; research; and monitoring spawning salmon populations in the Skagit River between Newhalem and Rockport.

The historical spawning grounds for salmon in the Skagit River are located downstream of the three Skagit Project dams, below a natural fish migration barrier. However, if flows are not carefully managed the dams can negatively impact salmon by de-watering salmon eggs downstream or by stranding juvenile salmon on gravel bars. City Light has been regulating river flows from the Skagit Project to protect salmon since 1981.

The flow-management plan developed as part of Settlement Agreement was incorporated into the Skagit River Hydroelectric Project License and requires City Light to strive for 100% protection of salmon and steelhead spawning nests (redds). Flows through the dams are adjusted on a seasonal, monthly, and daily basis to supply the right amount of water for spawning, incubation and protection of juvenile salmon.

In addition to managing flows, City Light works closely with tribal, state, and federal agencies to protect salmon and ensure a healthy ecosystem. Salmon have responded positively to flow management and the cooperative effort on the Skagit River:


Want more information on Skagit River flows and salmon? Check out the following: 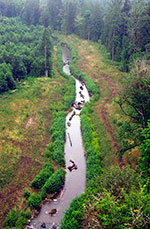 Over $2 million (in 1990; $3.8 million in 2014) of funding was allocated for fisheries habitat acquisition, protection, and restoration under the Fisheries Settlement Agreement for the Skagit River Project License. Since that time City Light has spent nearly $1.6 million to acquire and/or restore select areas of riparian and off-channel habitat.

Additionally, City Light purchases salmonid habitat under the Endangered Species Act (ESA) Lands Program. This program was initiated in 1999 by the City Council to demonstrate the City's commitment to restore salmon runs in Puget Sound. This voluntary program includes habitat acquisition and restoration projects within the Skagit and Tolt/Snoqualmie watersheds. From 2000 through 2013, City Light has acquired 2,780 acres of river and riparian lands for the protection of listed fish species. Additionally, City Light has restored over 200 acres of salmonid habitat through the ESA Program. City Light applies for grants for acquisition and restoration projects, leveraging City funds to protect fish habitat. In 2008, the National Hydropower Association awarded the ESA Lands Program its Outstanding Stewards of America's Waters Award. 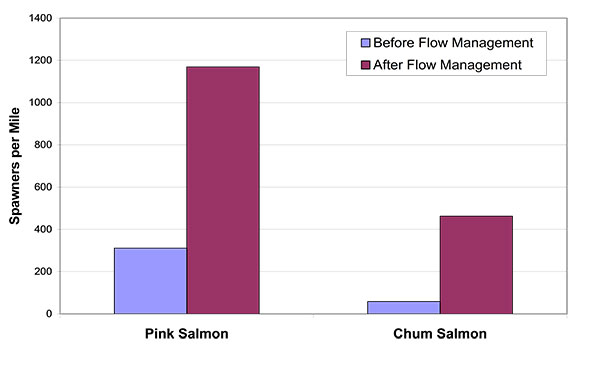 Seattle City Light has been a leader and key partner in groundbreaking research projects on fish species in the Skagit Watershed. Under the Settlement Agreement, over $4 million was allocated for fisheries research and more is known about salmonid populations and ecology in the Skagit River basin than in any other drainage to Puget Sound. Most of the research has been conducted under partnership and funding agreements with the Washington Department of Fish and Wildlife (WDFW), Upper Skagit Indian Tribe, Skagit River System Cooperative (SRSC), and University of Washington. Major research projects include:

To investigate the dynamic interactions of predator and prey populations within the Skagit River food web, City Light partnered with the School of Aquatic and Fishery Science at the University of Washington. The objective of this investigation was to determine the trophic ecology of bull trout, especially their role as predators and consumers in the river food web. The distribution, diets, and growth of bull trout in main stem and tributary habitats were sampled during 2007 and winter-spring 2008. Consumption rates were estimated with a bioenergetics model to determine the annual and seasonal contributions of different prey to the energy budgets of bull trout and to estimate their potential predation impacts on juvenile Pacific salmon populations. Salmon carcasses and unburied eggs contributed approximately 50% of the annual energy budget for large bull trout in mainstem habitats but were largely inaccessible to smaller bull trout in tributary habitats where their primary prey was aquatic insects. The remaining 50% of the energy budget was acquired from resident fishes, juvenile salmon, and immature aquatic insects.

Ecological, Genetic and Productivity Consequences of Interactions between Hatchery and Natural Origin Steelhead of the Skagit Watershed

This cooperative study focuses on the potential effects of hatchery releases on natural origin steelhead survival and abundance from an ecological and genetic standpoint. The findings of this study will provide important input to the development of a Skagit specific recovery plan for steelhead that will address the full range of "factors of decline" and can be used by fish managers to form and support recovery decisions.
Study results.

Taken as a whole, this body of work provided extensive data on the life history characteristics of Chinook salmon populations during their freshwater rearing phases and population response to variation in stream discharge, restoration, and land use management. 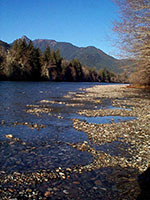 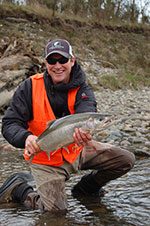 City Light monitors the salmon that spawn in the upper Skagit River annually in cooperation with the Skagit River System Cooperative. Monitoring results are provided to the Washington Department of Fish and Wildlife to estimate escapement (adult return) and are also used by City Light to manage the flows released from the Skagit Project to protect redds and juvenile salmon. Spawning timing is as follows: 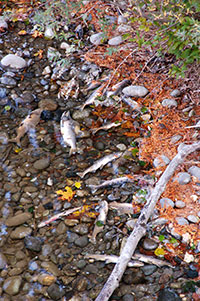 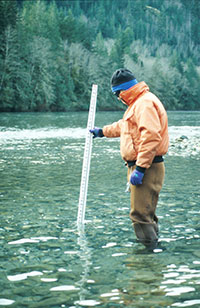 Why Do We Study Bugs at Seattle City Light?


The Skagit operating license expires on april 30th 2025. Find information related to the relicensing of the Skagit Hydroelectric Project.